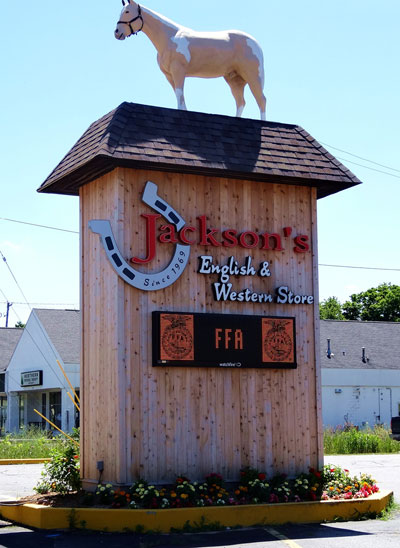 Adapted from an article in the Grand Rapids Press, Thursday, 11, 1996, written by Cathie Bloom.

In 1969, Winnie (then a school teacher) married Tom Jackson, who owned a feed mill business in Wayland, Michigan. Jackson had a small building and a couple of shelves where he had a few hats and cowboy boots for sale. It slowly expanded to include tack supplies. The tack store didn't make much money when it became one of Winnie's summer projects. Winnie admits she didn't even know a bridle from a halter when she started. As a short term experiment, they agreed that if she sold $100 worth of merchandise a day, they would keep the tack store. Otherwise, they'd get rid of it.

Customers Came From Miles Around... From Grand Rapids to Detroit to Traverse City

Downtown Wayland wasn't considered a prime business site at the time. In retrospect, the location right off US 131 is ideal. Their customers come from over 150 miles in all directions - Grand Rapids, Cadillac, Indiana, and the Detroit area. Winnie did a little advertising, bought some new stock from the sale of her home, and extended the store hours. The store, to this day, remains open 7 days a week.

Winnie had a knack from making things look good, and listened to customers to know what they were interested in. The trial period for the store came and went. She had brought sales up over the $100 per day mark. She discovered she liked building a business better than driving back and forth to school. She retired from counseling and became a small town entrepreneur.

Gaining a Reputation of Selection and Quality

Winnie ordered supplies the horsemen needed. One at a time she added new departments - tools of the trade, Western & English tack, saddles, and men's and women's western wear. While in Colorado she saw the perfect example of what she wanted her new store to look like. After much planning, a new store was built on West Superior Street in Wayland. The stock and the new building had gradually been expanded to meet the needs of horse lovers, whether they ride dressage or Western, and use English equestrian or conventional Western saddles. 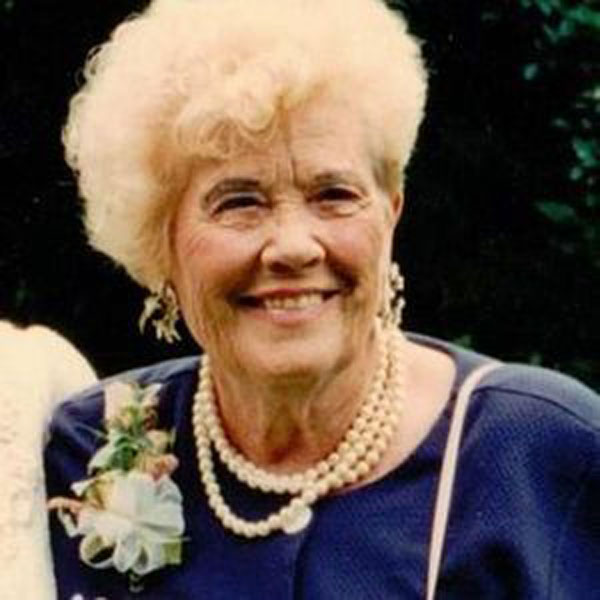 The Legacy is Passed Down

Winnie continued to run the store after Tom Jackson's death in 1991. In 1992, Winnie turned over management of the tack shop to her daughter, Pat Weddon. The store now has over $1 million in inventory and 17,000 square feet. When asked what the hardest and best times in her life, Winnie replies: "My best time in life is right now".

Winnie passed away in 2013 at the age of 97. Every day until her passing, she would talk with her daughter Pat at night to see how the store did that particular day. Through most of her 90's, she would even come into the store several times a week to help out in any way she could. Jackson's is still a family owned and operated business. It is now owned by Winnie's daughter Pat and managed by her grandchildren.